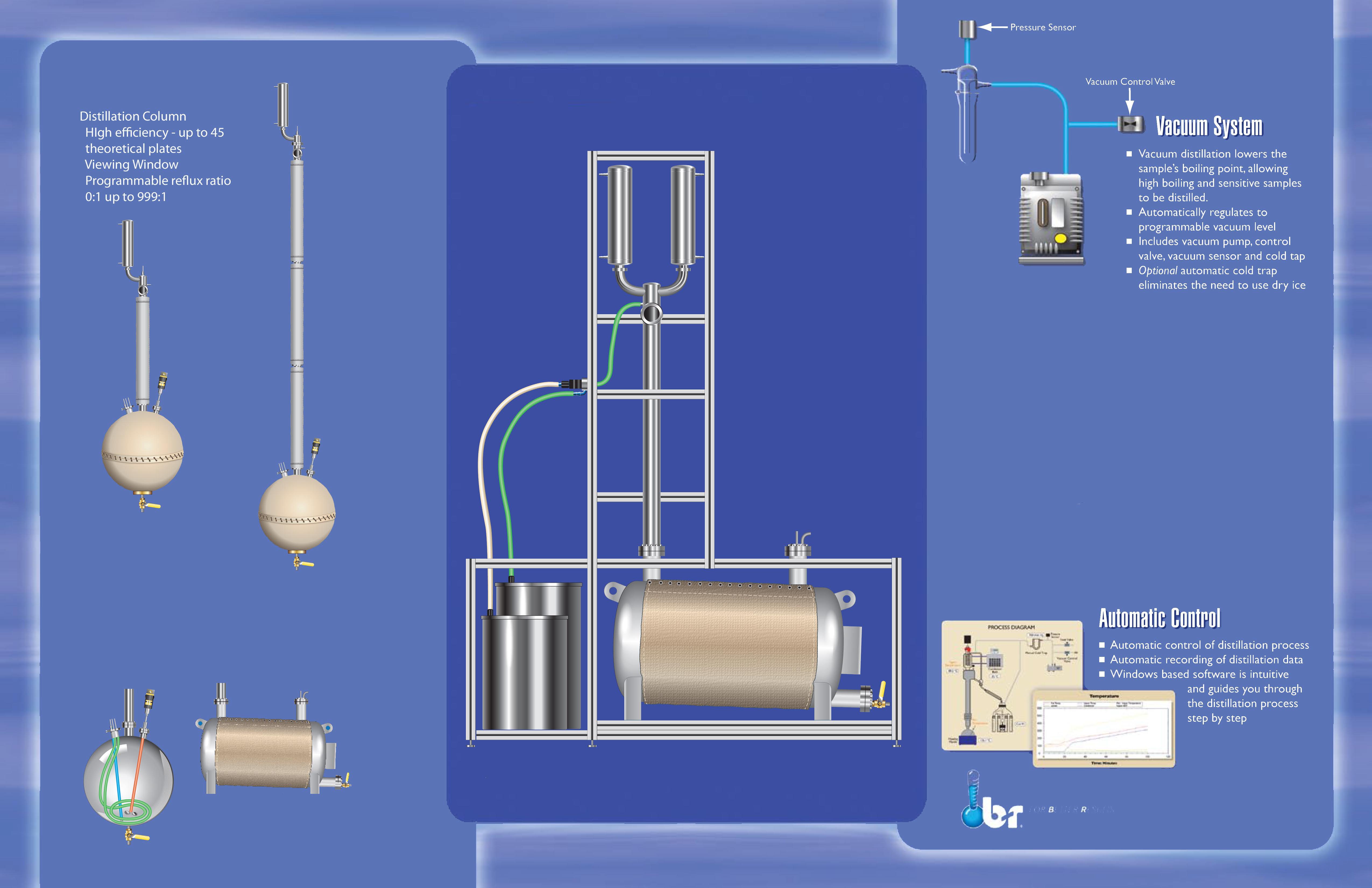 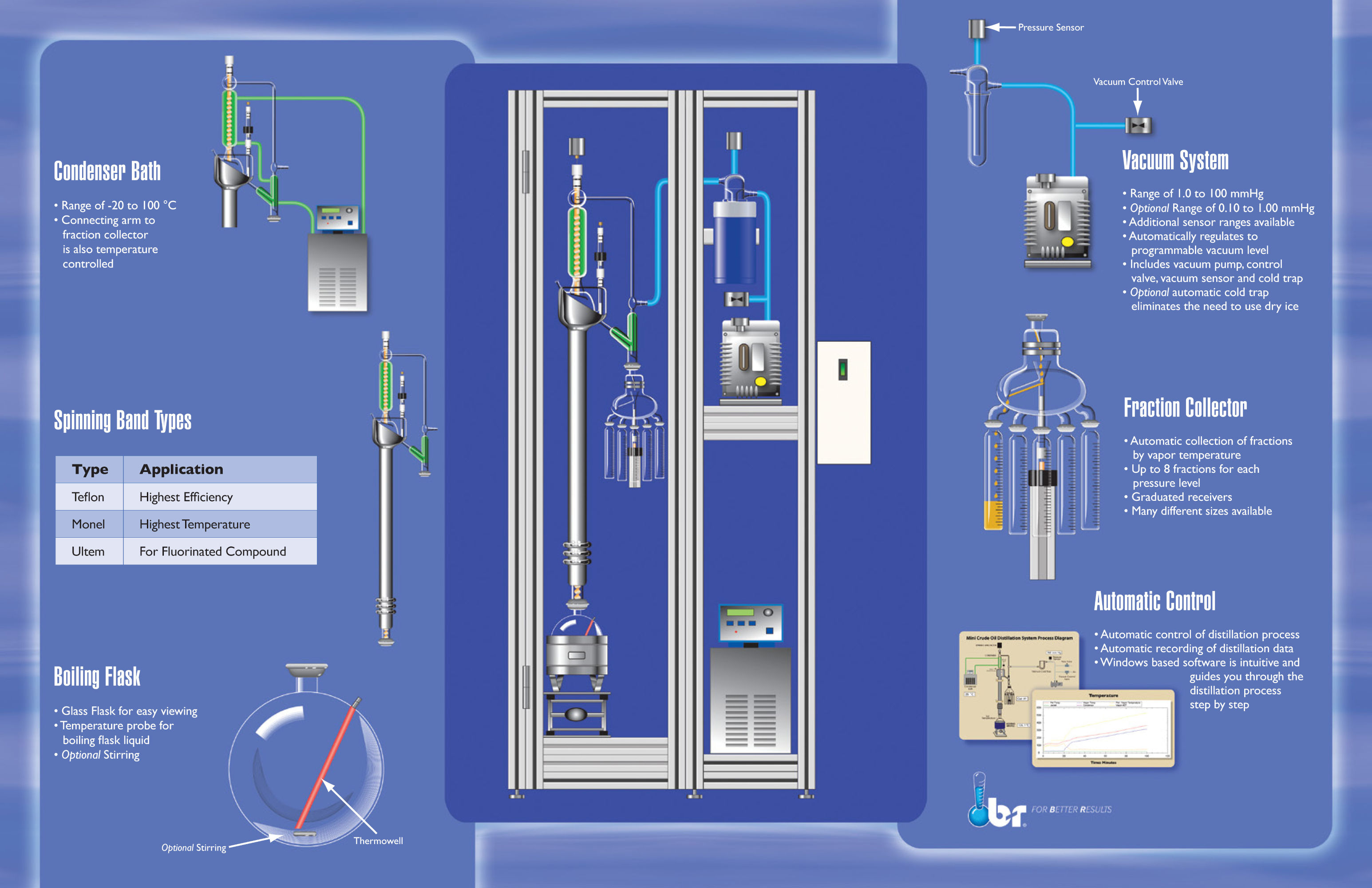 Boiler sizes ranging from 5 to 100 ml 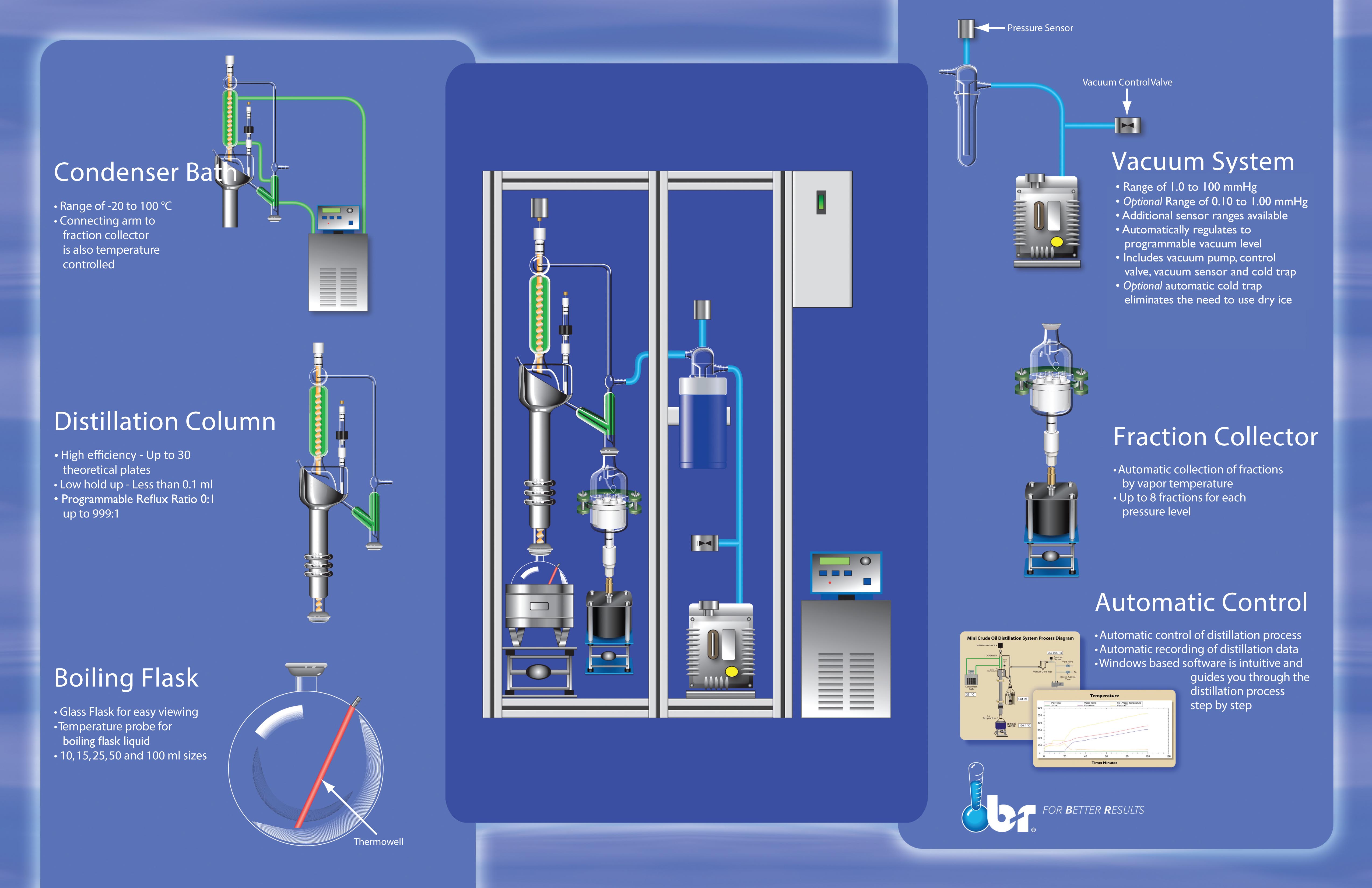 Automation and Accessories: The fractional distillation process can be fully automated from beginning to end. Automation assures safety and allows unattended operation. Accessories such as automatic fraction collectors, vacuum (for reducing boiling points), and receivers can be added to customize the distillation system to your needs.

Need a Help?
Contact Us Now
0ur staff is always ready to help
x